The Appalossa Horse Club (ApHC) is an international breed registry located in town called Moscow, in Idaho, USA. The club is dedicated to the preservation and promotion of the Appaloosa breed. Among all the Appaloosa horse registries, the ApHC is by far the largest one. 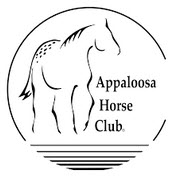 The club was founded in 1938 and is thus the oldest of all the Appaloosa clubs in the world. It is considered a top international equine breed registry.

Today, Appaloosa organizations affiliated with ApHC exist in many countries.

According to ApHC rules, the Appaloosa is “a breed defined by ApHC bloodline requirements and preferred characteristics, including coat pattern”.

Exception: If a gelding or spayed mare with unknown pedigree is Appaloosa colored, the owner of the horse can apply to have it registered with the ApHC under the Hardship Registration clause. 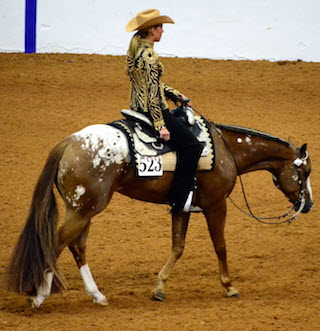 Horses that perform well in Appaloosa races can earn various awards from the ApHC, such as regional ApHC awards and year-end awards. There is also the Racing Register of Merit.

The Appaloosa Competitive All-breed Activities Program (ACAAP) was created to make it possible for the ApHC to recognize achievements in all-breed competitions where Appaloosas partake.

Since 1994, the National Color Breeding Racing Council has promoted Appaloosa racing and Paint racing as a joint venture.

For an annual fee, you can enroll your stallion in the Appaloosa Breeders’ Trust. This makes the offspring of that stallion eligible for nomination to the 5-year incentive program. 95% of the fees are distributed back to horse owners in direct proportion to the amount of points earned by their eligible Appaloosa foals. There are five age categories available: yearlings, 2-year-olds, 3-year-olds, 4-year-olds and 5-year-olds.

The use of Furosemide and Acetazolamide

Since 2007, the ApHC allows Appaloosas to show even if they are being treated with the drugs furosemide and acetazolamide.

Furosemide (trade name: Lasix) is used to prevent bleeding in horses that are inclined to bleed from the nose when carrying out strenuous work, e.g. during a race.

Acetazolamide is used to prevent seizures in horses who suffer from a genetic condition known as Hyperkalemic Periodic Paralysis (HYPP). According to ApHC rules, only a horse tested positive for HYPP is allowed to show while being treated with acetazolamide.

Permitting these two drugs are controversial, since they can be used as drug maskers and make it more difficult to detect the presence of other drugs in the horse. Both the United States Equestrian Federation (USEF) and the International Federation for Equestrian Sports (FEI), which governs international and Olympic equestrian competitions, ban the use of furosemide.