The Nez Perce people, who in their own language call themselves Niimíípu, is a Native American people associated with the Pacific Northwest of the United States. In the 18th and 19th century, they developed the foundation of the Appaloosa breed.

The ancestral lands of the Nez Perce included the Columbia River Plateau, where there are large tracts of terrain ideally suited for horses. The Nez Perce acquired their first horses in the 1730s and set up a breeding program to promote desirable traits in their stock. 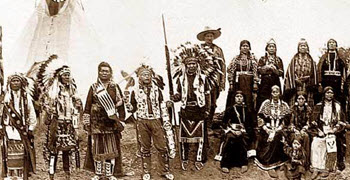 The Nez Perce / Niimíípu are federally recognized as the Nez Perce Tribe and govern their reservation in Idaho. They are one of five recognized tribes in the state of Idaho. At the 2010 consensus, the tribe included approximately 3,500 members.

Most members of the tribe speak English as their first language, and only a minority uses the Nez Perce language. Several different religions are practiced, including Seven Drum (Walasat) and Christianity.

The Nez Perce reservation, which is roughly 1,195 square miles in size, is located in north central Idaho at 46°18′N 116°24′W. It is chiefly found within the Camas Prairie region, south of the Clearwater River. The reservation is spread over the four counties Nez Perce, Lewis, Idaho and Clearwater.

Even though the Nez Perce Tribe included no more than 3,500 members in the 2010 consensus, the population on the reservation is significantly larger and predominantly white. Orofino, the largest city within the reservation, is a notable example of this. In 2010, the city was home to 3, 142 people, of which 91.7% identified as White, only 2.5% as Native American, and 2.4% as two or more races.

The largest concentration of Nez Perce is found in the city of Lapwai, which is the seat of government of the Nez Perce Indian Reservation. At the 2010 census, the city was home to 1,137 people, of which 78.1% identified as Native American, 16.6% as White, and 4.1% as belonging to two or more races.

Communities within the reservation

The Colville Indian Reservation is a reservation in eastern Washington shared by the members of twelve Native American tribes, including the Joseph band of Nez Perce. 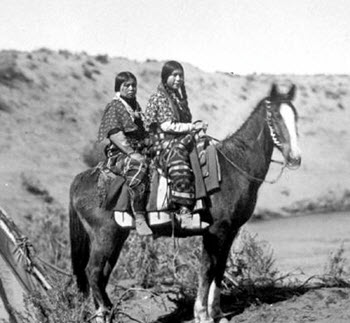 The autonym is Niimíípu (pronounced [nimiːpuː]). In the Nez Perce language, this means “The People”.

The Lakota/Dakota called the tribe Watopala, which means “people of the canoe”. Eventually, this name was changed to Watopahlute.

The name Nez Percé was invented by French-speaking explorers and trappers in the 1700s, and used for both the Nez perce and the neighboring Chinook people. Nez percé means “pierced nose” in French, and alludes to how certain members of the Chinook people would pierce their noses to be able to wear nasal ornaments. The piercing of the nose was not common practice among the Nez Perce when the name was coined.

Today, both Niimíípu and Nez Perce (not Nez Percé) is used by the tribe. In official dealings, the United States Government use the name Nez Perce only, as does most contemporary historians.

Today, the Nez Perce language is highly endangered, since it is only spoken fluently by a handful of elders on the Nez Perce and Colville reservations. The tribe is working actively to save the language through a revitalization program.